| Blog English | When did the administration of the grace begin?

When did the administration of the grace begin?


The expression “the administration of the grace” is derived from Ephesians 3: 2:

Where there is an administration, there is also an administrator. When Paul speaks about ‘the administration of the grace of God’, he immediately says that this has been entrusted to him. What does the apostle speak about? Let’s take a closer look to the passage in Ephesians 3:

1 On this behalf I, Paul, the prisoner of Christ Jesus for you, the nations  2 since you surely hear of the administration of the grace of God that is given to me for you, 3 for by revelation the secret is made known to me according as I write before, in brief.

Paul writes that he is a prisoner for (on behalf of) the nations. From the book of Acts we know that Paul was captured in Jerusalem, because he was accused of bringing a person from the nations into the temple (Acts 21: 39). This charge was wrong, but it was the cause of his capture. And in spiritual terms, it was indeed exactly what Paul taught: the believers from the nations have come near, because “the central wall of the barrier” (Ephesians 2 :14) has been razed.

When Paul, in Jerusalem, in front of the crowd, can defend himself, one is willing to listen to him, until he starts to speak about his mission to the nations (Acts 22: 17- 22). Then he tells that the Lord has said to him to leave Jerusalem because one would not listen to him. Therefore he was sent to the nations. In other words: Paul’s mission in the nations is based on Israel’s offence (Romans 11: 11). That is the sore point and the cause of the Jewish hostility and jealousy. That’s why Paul was a prisoner.

Paul writes that “the administration of the grace of God” was given to him. “For you”, he writes, that is: for the nations. He adds that, in accordance with that, also the secret was revealed to him. Consequently, the nations must be the subject of the secret Paul speaks about. And indeed, a few verses later (3: 6) that is confirmed. It is “the secret of the Christ”…

… which, in other generations, is not made known to the sons of humanity as it was now revealed to His holy apostles and prophets… (: 5)

It isn’t mentioned how it was revealed to His holy apostles and prophets, but from verse 3 we already knew that they were informed by Paul. That is also mainly shown by the content of the secret, namely that…

… the nations are to be joint enjoyers of an allotment, and a joint body, and joint partakers of the promise in Christ Jesus, through the evangel… (: 6)

Only Paul reveals in his letters that the nations are enjoyers “of the promise in Christ Jesus”. I.e. the nations joined by the evangel, that what is promised to Him. They have become one body, not with Israel, but with Christ. Christ Jesus is the head, and all believers together form one body: the Christ. So, now Christ is seated at God’s right hand, that’s also the position of all who joined him by belief. God “seated us together among the celestials, in Christ Jesus” (Ephesians 2: 6).

The truth of the “one body” without distinction, we only find in Paul’s letters. In the Acts-era, the ecclesia was initially strictly Jewish. Only in Caesarea Peter opened the gate to the nations, and later it was Paul, who, in every sense of the word, went to the nations through this gate. However, in the view of Jerusalem (that is ‘the twelve’ and Jacobus) the nations kept the status of “guests” (Ephesians 2: 12). Jerusalem was dominant. Also there a strict separation between Jewish believers and believers from the nations was maintained. Jewish believers were zealous for the law, and only believers from the nations were exempted for law (Acts 21: 20- 25). That was the unanimous judgment in Jerusalem on the moment that Paul had arrived there, and was captured a little later.

Already from the beginning, Paul’s ministry had no distinction between believers from the nations and believers from ‘circumcision’. Indeed, Paul himself walked according to the Jewish practices (Acts 21: 26; 28: 17), but he taught that also Jews were free in it. That education was the great annoyance in Jerusalem about Paul (Acts 21: 21). Paul’s education is characterized by grace. As he writes in Ephesians 2:

8 For in grace, through faith, are you saved, and this is not out of you; it is God’s approach present, 9 not of works, lest anyone should be boasting.

Not the law, but grace prevails in the education of the apostle Paul (Romans 6: 14). And so we returned to the original question. “The administration of the grace of God” was entrusted to Paul. Therefore, this administration couldn’t start earlier than when he came along. 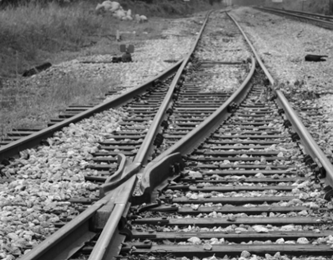