In Judges 12 we find the history of the conflict between the tribe of Ephraim, and Gilead at the other side of Jordan, under the leadership of Jephtha. The tribe of Ephraim turned against Jephthah, because he had won the war against the Ammonites, without involving Ephraim. They threaten to burn Jephthah’s house, because of jealousy. But Jephtha denies the charge, he even turns it. For, according to Jephthah, Ephraim hadn’t listened to his emergency call when the Ammonites invaded. The men of Gilead did defend Jephthah and defeated the Ephraimites. In order to prevent that the Ephraimites could escape, the men of Gilead had seized the fords of the Jordan. When an Ephraimite came to cross over, they asked him to say ‘shibboleth’. If he said ‘sibboleth’, then the men of Gilead knew that the man was an Ephraimite, and they still killed this warrior.

Because of this history we have the word ‘shibboleth’, with the general meaning of a motto serving as a test or breaking point. For example, when a political party makes an issue to a breaking point in the negotiations.

Jephthah as a type of Christ

Recently, I have given four studies about the figure of Jephthah, and in particular, I zoomed in to the typological meanings below the surface. Jephthah was initially rejected by his brothers, at the end he was recognized by them and he became their redeemer. In the meantime he stayed in a secret place, with people around him. It is a design we see so often in the Scripture. Think about Joseph or Moses. And don’t forget David. Each of these are, as well as Jephthah, types of Israel’s Messiah: Jesus Christ.

In Judges 12 we see how Jephthah’s ‘brothers to the flesh’, the Ephraimites, are jealous of his victory that he shares with others, while they are standing outside. It goes parallel with Paul, who preached the victory of Christ to the nations, and so evoked jealousy in his Jewish brothers. Although they explicitly failed to respond to the voice of Christ. And as Ephraim wanted to burn Jephthah’s house, the Jewish people tried to destroy the ‘house’ (read: ecclesia) belonging to Jesus Christ. They didn’t succeed and instead, Jerusalem was destroyed and the Jewish state devastated in 70 AD.

The Ephraimites were defeated and those who had escaped, were still killed at Jordan. Also this is typologically meaningful. The Jordan river has always been an image of death. Well known is the history that once Israel entered the Promised Land, under the leadership of Joshua, through the Jordan. The same Joshua as one had not been willing to listen to, forty years earlier. God supplied a road through the Jordan, where the people could cross over with dry feet. They followed the ark, even though it was at a distance of 2,000 el. As later also for Elijah and Elisha a road was made through Jordan. It speaks of dying (entering the Jordan) and resurrection (reaching the other side).

Looking at the history of Jephthah, we see that there was only one way to cross the Jordan. One had to pronounce the password correctly. Those who were able to say ‘shibboleth’, could pass over and return to the land. Those who said ‘sibboleth’, their pass was cut off and they died.

After reading foregoing considerations, it is not a surprise anymore that the words ‘shibboleth’ and ‘sibboleth’ both also have a deeper meaning. The word ‘shibboleth’ (singular) we also find elsewhere in the Bible, and it mainly means ear of grain. See, for example, Genesis 41: 5, 6, 7; Ruth 2: 2; Job 24: 24. Ears of grain in general speak of “the bread of life”, which is made of ears of grain. We can think about the kernel of grain, falling into the earth, bringing forth new life in this way (John 12: 24). We can also think about Ruth, who came in Bethlehem (house of bread!), on the field of Boaz, to glean the ears of grain (> shibboleth). It was at the start of the barley harvest, the same time of the year in which Israel entered the Promised Land, through Jordan (Joshua 4). Consider that the official start of the barley harvest is the “day of the sheaf of the firstfruit”, “the day after Sabbath” (Leviticus 23). It is the day that Jesus Christ was resurrected from death. Indeed, as the First One! In short, ‘shibboleth’ refers to the Ear of grain, Jesus Christ who conquered and destroyed death.

The word ‘sibboleth’ doesn’t start with the letter ‘shien’ (sh), but with the letter ‘samech’ (s). A subtle difference in pronunciation. The word is used only once, in Exodus 6: 6. It means ‘burdens’, and in the context of Exodus 6 it is about the “burdens of Egypt”. About the slavery that made the Israelites moan. In Exodus 5 we read that Pharaoh just had increased the burdens. The Israelites didn’t only have to make bricks anymore, but also had to take care of the crushed straw themselves. And they had to provide the regular number of bricks. While ‘ear of grain’ (shibboleth) refers to the Evangel, the victory over death, the ‘burdens’ (sibboleth) refer to human works. To religion, in which man is bound (slavery) and burdened. Straw strikingly symbolizes these burdens. Straw is a residual product after threshing, in which the ear of grain is missing. The ear of grain represents life, straw conversely death.

To cross Jordan one has to know the password. Namely the Ear of grain (shibboleth)! Many cannot distinguish this from the ‘Burdens’ of religion (sibboleth). But it is a difference between Life and death. Every message which submits people to burdens, or makes conditions, is not an Evangel. Who doesn’t know the Evangel, doesn’t hear the difference and cannot pronounce it either. About Israel we read that they didn’t understand the law, because their base is work (sibboleth; Romans 9: 32) instead of faith (shibboleth). That’s fatal! Not the burdens of religion, but the preaching of the Ear of grain, the Raised from the death, the Firstfruit, gives entrance to the Promised Land! 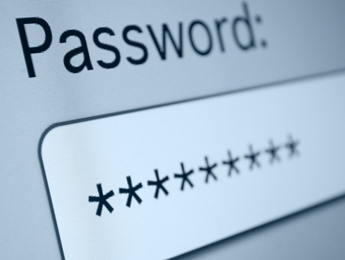