| Blog English | In the last days?

In the last days?


In the Hebrew Bible, commonly known as the old testament, 14 times the expression ‘b ‘acharit hajamim’ occurs. The Hebrew word ‘acharit’ (>achar) means ‘behind’ or ‘after’.  Hence ‘later’. A Hebrew experiences the future as a rower which rows backwards, towards the future. However strange it may sound to us, the future is behind him. I.e. whatever is coming het cannot perceive. The expression ‘b ‘acharit hajamim’ doesn’t mean ‘in the last days’ but ‘in later days’. Or ‘in days to come’. The Concordant Version rightfully translates the phrase “in the latter days” or “in the days hereafter”.

In the table below all 14 occurrences of ‘b ‘acharit hajamim’ plus the way this has been translated in the NIV and KJV translations:

In most verses, both translations prefer ‘later’ instead of ‘last’. And rightfully so. In Genesis 49:1 where Jacob prophecies about his sons, he is not just talking about the last days, but also about subsequent or future days. Likewise with Nebuchadnezzar’s dream (Dan. 2). This related to what would happen “in future days”. Starting with himself (“you are that golden head”) and finally resulting in the definitive kingdom that the God of heaven would set up. It is remarkable that in all 14 Scripture-verses there is a link to the days of the Messiah. Take Note of the particular article before days: hajamim. Not just random later days, but the later days.

By displaying ‘b ‘acharit hajamim’ with “ in the last days” the translators suggest that it pertains to the end of an era. The expression is broad enough to contain this meaning, but is not exactly the same. ‘B ‘acharit hajamim’ is not the same as when Jesus speaks of “the end of the eon” (Matt. 24), which unmistakably deals with the conclusion of the current world era, prior to the “coming eon”.

This technical explanation may seem somewhat academic. But it is important because some interpreters have drawn far-reaching conclusions form the translation ‘in the last days’. When Isaiah 2 and Micah 4 predicate that Jerusalem will be the centre of the world and all nations will share in Israel’s blessing, they do not place it in “the coming eon” but in the present eon. For, so they reason, it will take place in “the last days”. So in the last period of this eon. Which means, also before the return of Christ. They speak about a pre-Messianic time in this eon. In this view, the “coming eon” will not begin for quite some time, because first there must be a worldwide period of peace and salvation…

In this view, they still have high expectations of the current eon. The consequences of this doctrine and its danger are not my subject now. In this blog, I am only talking about the phrase that is used to base this far-reaching doctrine on. Which seems to be an inaccurate translation! The starting point is wrong. ‘B ‘acharit hajamim’ are not necessarily the last days. Apart from the question: the last days of what? Like often, by reasoning like this, an inverted pyramid is constructed: a large construction of ideas resting on a narrow and inaccurate base. 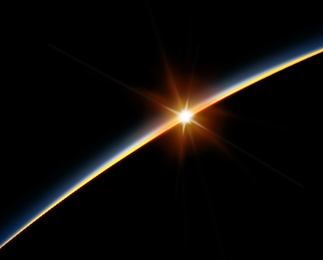