| Blog English | The greedy or Swindlers?

The greedy or Swindlers?


During the Goedbericht-conference in Garderen, I commented on 1 Corinthians 6;9-11, in my speech. In the CLT it is rendered as follows:

9 Or are you not aware that the unjust shall not be enjoying the allotment of God’s kingdom? Be not deceived. Neither paramours, nor idolaters, nor adulterers, nor catamites, nor sodomites, 10 nor thieves, nor the greedy, nor drunkards; no revilers, no extortioners shall be enjoying the allotment of God’s kingdom. 11 And some of you were these, but you are bathed off, but you are hallowed, but you were justified in the name of our Lord jesus Christ and by the spirit of our God.

My point during this speech was, among other things, that God not only calls people, but then also cleans and sanctifies them. That means, in other words, that “believers” who persist in the sins mentioned, do not really demonstrate to be righteous (= a believer).

A few reactions after the speech showed that some people found this approach hard to accept. Doesn’t this interpretation lead to judging each other in which one rises above the other? Moreover, isn’t the phrasing like ‘greedy’ to vague? Are not all people affected by this to a lesser or greater extent? Who determines what is and what is not acceptable? Before I go into these questions, I first want to establish that the rest of the list is rather specific, contrary to ‘the greedy’. Think about it.

A paramour (fornicator) is someone who has intercourse with a woman who is not his. An idolater someone who gives religious honour to someone other than the one God. An adulterer is someone who ‘cheats’. A catamite is someone who ‘lets himself be taken’ homosexually and a sodomite (litt one who lays with men) is a man who ‘takes’ another man sexually. A thief is someone who steals. A drunkard is someone who is often and openly drunk. A reviler (slanderer) is someone who slanders or insults. And an extortioner (litt. Snatcher) is someone who robs. In all cases these are concrete identifiable acts. Acts that in several cases were and are also considered to be a crime. In the Kingdom of God, that will be established on earth, these practices will not be tolerated. Note: It is about practices and not about tendencies. That is why Paul writes in Gal. 5:21: “…that those committing (practicing -> Gr. prassontes) such things shall not be enjoying the allotment of the kingdom of God.

That is why it is so strange that Paul would add ‘the greedy’ to this list. After all, that word does not refer to a practice practiced by some but to a universally present tendency. What does this vague description do in Paul’s specific list? The question which arises: is this about ‘the greedy’? Or is there maybe more going on here? Let’s zoom in on this word.

The Greek word ‘pleonektes’ is made up of the elements ‘more’ (pleo) and ‘have’. So a ‘more haver’. This indeed points in the direction of greed. But ‘pleonektes’ not only means wanting more, but wanting more at the expense of others (2Cor.9:5, 12:17,18). The latter is essential. In 1Thes.4 Paul speaks about appropriating the wife of a brother and thus deceiving him (4:6). Also here, this verse literally talks about ‘more having’ but then clearly in the sense of (fraudulent) swindling. Then we also understand Ephesians 5:3 much better:

Now, all prostitution and uncleanness or swindling – let it not even be named among you, according as is becoming in saints…

The translation ‘greed’ is far too weak here. It is not about general human weakness, but about a crime. After all that is what ‘swindle’ is. In other words Paul is not talking about ‘the greedy’ in 1 Corinthians 6:10 but about ‘swindlers’. A chapter earlier (5:11) he wrote that we would not be associating with someone who is named a brother (!), if he should be a swindler. Again, the translation ‘greedy’ is misplaced, because strictly speaking, no one would be then qualified for mutual communion.

Difference between carnal and wicked

The believers in Corinth, generally were, in Paul’s own words ‘carnal’ (1 Cor. 3:1). There was jealousy, strife and sects (3:3) and Paul complained that he could not give them “solid food” (3:2), that is, to speak about God’s wisdom in a secret (2:6,7). This is bad enough. But nowhere do we read that the few spiritual-minded believers should separate themselves from the ‘fleshly’ believers. That aspiration would even be the most evil form of sectarianism. A denial of the unity that all believers form together. Spiritual and carnal people.

Where believers distance themselves from people who, in their eyes, show ‘carnal’ behaviour, sectarianism arises. Then people start to judge each other and it is inevitable that one elevates himself above the other. In fact, that attitude is the pinnacle of ‘carnal’ disposition! That is certainly not the tenor of Paul’s call in 1 Corinthians 5: 9-13. The Corinthians should not withdraw from the ‘carnal’ believer, but distance themselves from ‘the wicked’ in their circle. ‘The wicked’, that is the word that Paul uses in 1 Corinthians 5:13. He refers to texts like Deut. 13:5, 17:7, etc, where there are malefactors who would be removed from the people of Israel. ‘The wicked’ refers to a type of person who demonstrably and consciously rebels against Gods word and crosses boundaries: For instance swindlers.

It is remarkable that nowhere else in Pauls letters, the removal of ‘the wicked one’ from the ecclesia, is explicitly mentioned. And the reason for that is simple. In a healthy community of believers where the Word is spoken in its power and sharpness, that is unnecessary. There ‘wicked ones’ can never last long. In a healthy body, germs are automatically eliminated. And where the light shines, darkness automatically disappears. Exactly that is what the problem was in Corinth. In the ecclesia they were building with ‘wood grass and straw’ (3:12) or with words of human wisdom (3:20). As a result, the ecclesia was weakened internally and therefore had insufficient resistance to keep wicked elements out. Healthy preaching has a purifying effect on the whole community. Not through organizational measures, but in an organic process. It is through the power of the Word that ‘wicked’ practices have no chance. 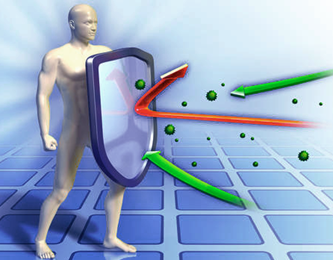