| Blog English | Where are ‘the ten lost tribes’?

Where are ‘the ten lost tribes’?


The view that the ten tribes of Israel would never have returned after the Assyrian exile is widespread. The ten tribes are said to have lost their identity in the course of time and have moved elsewhere through migrations. The most well-known variant of this view is the so-called British-Israel doctrine which believes that the origins of the Anglo-Saxon peoples can be traced back to Israel’s ten tribes. I know this variant only too well because I myself have been an advocate of it in the past. Nevertheless, I will leave this British-Israel vision in this blog for what it is, because it will go wrong at a much earlier stage. Her presuppositions are wrong. Even many who do not adhere to a pronounced ten-tribal view are usually insufficiently aware of this and therefore easily fall prey to the many traditions that the British-Israel view debits. A vision that for the most part is based on extra-Biblical sources. In this blog I want to point out four misunderstandings about the ten-tribes teachings.

misunderstanding # 1. the Jews are just the two tribes

This claim is undoubtedly at the top of the ten-tribal doctrine. The idea behind it is this: the word ‘Jew’ literally means ‘Judah’ and ‘Judah’ is the name of the two-tribal kingdom. Some go one step further and say that the name Israel is currently exclusively linked to the ten tribes and that the Jews therefore cannot even claim the name Israel at all.

The strong point in this claim is that the name Jew indeed refers to Judah. But the weakness lies in the conclusion that is drawn from it. Because the reason that the name ‘Jews’ refers to Judah does not lie in descent, but in the fact that the people of Israel were in exile, oriented toward Jerusalem in the area of ​​Judah (Ezr. 1: 2). Jerusalem, after all, was the city to which God had attached his Name. The term ‘Jews’ dates from the time that the entire people, all twelve tribes, were in exile. So it was during the seventies that the temple in Jerusalem was in ruins. Before that we never come across the term ‘Jews’ in Scripture. Nowhere in Scripture is the term ‘Jews’ associated with specifically the two tribes. No, the term refers to the home of the people: the area in which Zion is located. Which is in Judah.

misunderstanding # 2. only the two tribes returned from exile

Completely in line with the first statement, the ten-tribal doctrine states that only the two tribes would have returned under Cyrus. The argument they give for this is that the books of Ezra and Nehemiah mention these exiles (Ezr.2: 1). The latter is true, but that does not prove that there were no other exiles returned. They are indeed also mentioned (Ezr. 2:70; 7: 7; 8:25; Neh 7: 73). Moreover, the fact is that the Persian king Cyrus, to whom all the kingdoms of the earth were given (Ezr. 1: 2), gave permission to all of the people (without distinction of tribes) to go to Jerusalem in Judah, to rebuild the house of God (Ezr.1: 3-4). Regardless of how many (or how few) have responded to this call, the return to Jerusalem officially applied to all twelve tribes. The returned people is not a continuation of Judah; they are never called that. The people are constantly called “Israel” (Ezr.9: 1; 7:10; 7:13; etc.) and even “all Israel” (Ezr. 10: 5). Hence, when the returned people build an altar, they do so with twelve stones “according to the number of the tribes of Israel” (Ezr. 6:17; 8:35).

This state of affairs was entirely in accordance with the prophecy. For Jeremiah had already foretold that Judah, like (the ten tribes of) Israel, would go into exile to “the land of the North” (at the Euphrates); Jer. 46:10. And together they would return to the land (Jer. 3: 18).

misunderstanding # 3. the ten tribes have lost their identity

Anyone who believes that the Jews are only the two tribes and that only the two tribes would have returned from exile, will irrevocably endorse the claim that the ten tribes must have been “lost”. After all, the Bible does not speak of their fortunes, so we would have to rely on non-biblical sources for this. An assumption that has proved to be a rewarding source of speculation …

However, the Scriptures nowhere speak of ten lost tribes. In fact, there is no “ten tribes” anywhere in the whole of the NT. But it does of the “twelve tribes”. Just as James addresses his letter “to the twelve tribes in the dispersion” (James 1: 1). They have their meetings in the “synagogue,” as it literally says in James 2: 2. A confirmation that James considered the twelve tribes as being Jewish. James could pinpoint the twelve tribes perfectly.

When Paul is giving account in front of King Agrippa, he refers to “our twelve tribes” who worship God night and day and hope to achieve the promise that God had given to the fathers (Acts 26: 6,7). There is no question of a separate status of the ten tribes, on the contrary all twelve tribes are aware of who they are and of the promise that God had given to the people as a whole. The absolute silence in the NT about “the ten tribes” is significant. The reason is simple: the twelve tribes are explicitly considered as one (religious) whole.

misunderstanding # 4. only the promised Son of David will the ten tribes be brought back

The prophet Ezekiel, in particular, predicts the unification of the two and ten tribes as one kingdom in the famous chapter 37: 15-22. The prophet is instructed to demonstrate this symbolically by taking two branches. On the one he has to engrave ‘for Judah’ and on the other ‘for Joseph’ (Ephraim). One branch represents the house of Judah (the two tribes) and the other branch represents the house of Israel (or Ephraim). He must then take both branches in one hand. The explanation that is subsequently given is this: God will gather the Israelites from all nations and bring them to their own land. There He would set one king over them and make them one kingdom. No longer will they be divided into two kingdoms.

How does this prophecy relate to the fact that the division between the two and ten tribes no longer plays a role since the days of Cyrus? Is Ezekiel’s prophecy contrary to that? Did the unification of Judah and Israel take place in the past, or only in the future?

The answer is: when the twelve tribes, under supervision of King Cyrus, officially returned as one people, they were not made into one kingdom. Because since then, no king from the house of David has ever ruled over them. The fact that Israel will once again one kingdom, together with all twelve tribes, lies still in the future. The last king of all twelve tribes was Solomon. And the next and final king will be the true son of David: Jesus Christ. Only when he appears as King will all twelve tribes become “one kingdom”.

The ten-tribal doctrine is an accumulation of speculative claims, based primarily on non-biblical sources. Perhaps often interesting and clever, but it lacks a solid Biblical basis. The ten tribes have not been lost; all twelve tribes are known and aware of their own identity and are considered as one. They are alternately referred to in the Scriptures as Israelites and Jews. 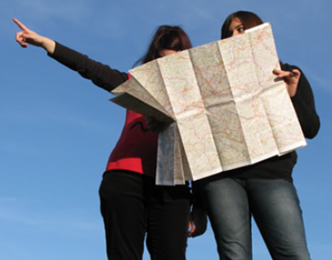