| Blog English | Division of the New Testament – The ABC

Division of the New Testament – The ABC


It is well known that the ‘Old Testament’ belongs to Israel and is addressed to it. That can’t be missed either. After all, “they were entrusted with the oracles of God,” Paul writes in Romans 3 verse 2. But that the same is also true with regard to the ‘New Testament,’ that is as good as unknown. The usual theological concept is that the ‘Old Testament’ was given to Israel and the ‘New Testament’ was intended for ‘the church.’ It is a big misunderstanding that I would like to briefly mention this blog.

In his ministry on earth, Jesus was sent exclusively to the house of Israel (Mat.15: 24-26). When a ‘pagan’ woman wanted to claim him, he replied:

…“I was not commissioned except for the lost sheep of the house of Israel”(…) “It is not ideal to be taking the children’s bread and to be casting it to the puppies”.

The words that Jesus spoke were addressed to Israel. Not to the nations. And in his own words, it is not good to give the bread that is destined for the children of Israel to the nations. At most they are allowed to eat from the crumbs that fall from the table.

The same also applies to the words of the (twelve) apostles. They also turn to Israel. Only when the nation of Israel were to be converted would the Gospel go to the nations. Through a restored Israel and a returned Messiah who will establish his Kingdom from Jerusalem (Acts 3: 19-21). The apostles were therefore entrusted with “the evangel of the circumcision”, as Paul writes in Galatians 2 verse 7 of Peter. Not, as the NBG51 wrongly states: “the gospel to the circumcised”, as if it were only a matter of addressing. No, Peter was entrusted with “the Evangel of the circumcision” (possesive case or genitive), just as with Paul “the Evangel of the foreskin.” That is “no other evangel” (heteros) but certainly different (allos; Gal.1: 6,7). It is what Paul calls “my Evangel” (Rom.16: 25). He did not receive or learn that Gospel from a person on earth, but directly through the revelation of Christ Jesus himself (Gal. 1:12). The writings of James, Peter and John are emphatically and officially directed to circumcision. This is evident not only from the addressing and content of these writings themselves, but also the agreement in Galatians 2 verse 9 is crystal clear.

And, knowing the grace which is being given to me , James and Cephas and John, who are supposed to be pillars, give to me and Barnabas the right hand of fellowship, that we, indeed are to be for the nations, yet they for the Circumcision

The letters in the “New Testament” are classified according to this agreement. First the letter from James, then the letter from Peter and then the writings from John. These are not general letters as they are commonly called, but circumcision-letters!

Paul to the nations

Only Paul turns to the nations. Indeed, the gate to the nations was once opened by Peter (in the house of Cornelius) but it is Paul who went through it. Literally even, because Caesarea was a port city where Paul both departed and arrived several times. Indeed, towards the sea of nations!

Paul was called to the nations when the light for Israel had ‘turned orange’. The Sanhedrin had just stoned Stephen and thus, in fact, officially rejected the resurrected Messiah. But it is only in Acts 28, when Paul has arrived in Rome, that the light ‘turns red’ and since then no message has been heard of national conversion with the promise of a national restoration attached (see Concluding Acts 28). The wall (“the law of precepts”; Eph.2: 15) through which the people were separated from the nations, was broken down within the ecclesia. That is the current situation to date. That means that the Evangel in the present time is a “pagan” (read: non-Jewish) affair. Intended for the nations without distinction. The law and its statutes do not play any role in this (Col. 2:16).

This situation changes completely when soon after the ‘snatching away’ of the ecclesia (1Thes.4: 17) God will pick up the thread again with Israel. Then a new covenant will be made with Israel and Jerusalem will become the capital of the world. Out of Zion will then go out of the law and YAHWE’s word from Jerusalem.

In short: the entire ‘New Testament’ is an Israeli affair. Only Paul addresses the nations without distinction. His ministry is an interruption in God’s dealings with Israel. A pause, to which the name ‘Paul’ also relates. We must be with him when GOD’S Word wants to be understood for today. All Scripture is for us (2 Tim. 3:16), but only Paul’s words are addressed to us. For he is the apostle and teacher of the nations (1 Tim. 2: 7). 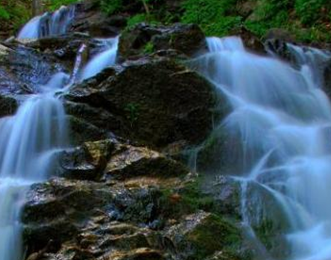