Since 2016 I have been discussing a Bible text every day in the ‘Diary’ section. Sometimes ‘random’ but since 2018 I mostly discuss verse-by-verse Bible books. I started with the Ephesus letter and since October 2018 I discuss the first Corinthians letter. I hereby undertake to provide explanations of backgrounds and meanings in approximately 200 words. The concept of this GB diary differs from the (most) existing Biblical diaries in that I not only choose encouraging texts, but also discuss the entire letter. I am not only concerned with encouragement, but first and foremost with education. That also means that I do not shy away from ‘difficult’ texts.

In recent days it was the turn of the (for many infamous) Bible passage 1 Corinthians 14: 34-38. In it Paul speaks about the woman who would remain silent in the ecclesia. I have argued that Paul is referring to the public judgment of what is spoken. This is a matter for men for Paul. In saying that, Paul does not burden women, but rather sets them free. A thought that is difficult for many today.

From various sides I received (as expected) criticism. That is fine because criticism is always a test: it makes clear how strong (or how weak) a teaching or statement is.

What this time came under fire was what I wrote about the woman’s subjection (1 Cor.14: 34). People try to reason that from what Paul says in Ephesians 5:21. There he writes to believers that they would subject to each other. So, it is concluded, not only women to men (Eph.5: 22) but also men to women. I have often come across that argument. So I read somewhere as a comment:

And David Hamilton states in his book “Why no women?” about Ephesians 5:21:

Does this explanation of Ephesians 5:21 make sense? Does the phrase “subject to each other” indeed exclude hierarchy? My answer is: no, quite the contrary! Ephesians 5:21 is the introduction to a passage in which Paul addresses the relationships in marriage (husband and wife), the family (parents and children) and society (gentlemen and slaves). And in all those relationships there is ranking: the one is above the other or if you like: the other is below the one. Note: the one is not worth more than the other (or the other inferior to the one), but there is a difference in position and ranking.

A child is not inferior to the parents, but it is placed under them. That also means that the heaviest burden lies on parents. If the child is not doing well, it is not (necessarily) their fault, but they are liable. The parents are responsible for and have control over the child. As the child progresses in age, he increasingly makes his own choices, but as long as it is a child, the voice of the parents is decisive. When it comes down to it and a decision has to be made, it is up to the parents. I deliberately give this example because it is quite undisputed and because it makes clear what ‘subjection’ means. It does not annul the (optional) freedom of the subordinate, but it limits that freedom.

Subjection is always relative. I can be the superior in one relationship and at the same time the subordinate in another relationship. As a father I am above my children, but as an employee or (as in Paul’s days) slave, I am under my boss. So my (minor) children are supposed to do what I say and I in turn are supposed to do what my boss says. That is why Paul speaks of subjection to each other. Because subjection is not one-sided. Another would not only subordinate to me, but I to another.

The explanation of mutual subordination is based on a blatantly wrong conclusion from one text. Certainly, respect should be mutual. But the idea of ​​‘mutual subordination’ is absurd and contradictory in itself. If the government should subject itself to me, then the call to subject me to the government (Rom.13: 1; Tit.3: 1) means nothing at all anymore. That is because subordination assumes a relationship in which one is ‘below’ and the other is ‘above’. By mixing that up (and turning it upside down), Biblical education is being eroded and affected. Indeed a bad idea. 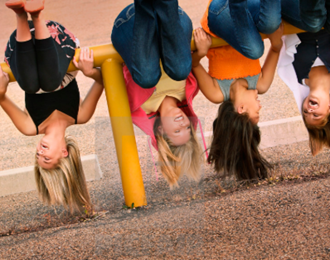