| Blog English | The topicality of the letter to the Galatians

The topicality of the letter to the Galatians 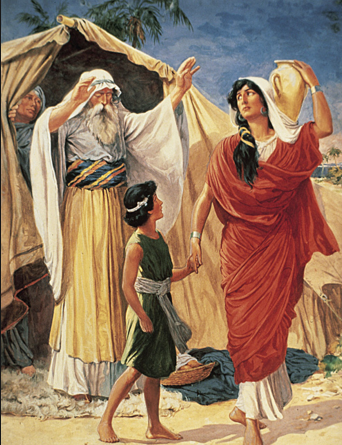 We know from the book of Acts that Paul has visited the region of Galatia twice. The first time was after the gathering of the apostles (Acts 16:6) and the second time some years later (Acts 18:23). This is important because it says that the issue whether the nations should keep the law of Moses, already was decided in those days. ‘The nations shouldn’t become like the Jews, no, the Jews should be saved by grace, like the nations’, Peter said during that meeting. (Acts 15:10). It’s even trying God, Peter said, ‘when one puts a yoke on the shoulders of the nations which Israël was not able to bear. (Acts 15:9) The unanimous conclusion of the gathering of the apostles  was that the nations should only abstain from ceremonial pollution with idols, and prostitution and from things strangled, and from blood (Acts 15:20)… which already applied since Adam and Noah.

No salvation but justification

In Galatia, not the decisions of the apostles gathering were under discussion. They are not even mentioned in the letter to the Galatians. The mistake was much more subtle. No salvation by the law of Moses – that was clear by now. But now teachers had come to Galatia who taught that there is no righteousness without the law of Moses (2:21; 5:4), i.e. they taught that the law of Moses is the guide for a righteous life. The word ‘salvation’ is not mentioned in the entire letter to the Galatians. The key word is  righteousness (13 times). The preachers in Galatia did not deny that we are saved by grace and faith alone. But they claimed that the life of a righteous man (a ‘tsadig’) is based on the law of Moses. That is why they promoted circumcision (6:2; 6:13) and also the observing of days, months, seasons and years (4:10)

Paul’s response to this teaching is radically dismissive. He even refuses calling it an Evangel (1:6) and repeatedly he pronounces an anathema on such preachers (1:8,9). He calls the Galatians bewitched (3:1) Once they started in grace, faith and Spirit, but now they ended up in work, law and flesh. (3:2-5). Religious flesh was cultivated, but it was fake (6:12,13) Because in all their religiosity they turned out to be unloving, biting and devouring one another (5:15).

In his doctrinal explanation (Galatians 3) Pauls shows that Abram was righteous for God, only because of his faith in God’s unconditional promise (3:6). That was more than four hundred years before the law was given to Israel at Sinai (3:17). In other words, Abram did not know the law of Sinai and also cóuld not know this law, but nonetheless, he was righteous! That is Paul’s model of justification (Romans 4:3). The law given hundreds of years later to one people, acted in the following 1500 years as a schoolmaster (literally: pedagogue) for a little child (3:23-25). It had a temporary task. Until the death and resurrection of Christ (3:24).  And ever since, Israel is no longer ‘under the law’(4:4-5). Let alone the nations that were never under the law in the first place.

Under the law or listening to it?

In the letter to the Galatians Paul doesn’t fight Talmudic traditions, as some people claim. In Galatians 4 he writes:

21 Tell me, you who want to be under law, are you not hearing the law? 22 For it is written, that Abraham had two sons, one out of the maid and one out of the free woman.

Here ‘the law’ refers to the books of Moses. The Galatians wrongly believed that they had to do this law. But Paul recommends them to listen to the deeper, typological education in these books. Then they would distance themselves from Hagar and her son (4:30) i.e. from “mount Sinai, generating slavery (4:24), and regain their freedom (4:31)

Back to square one

Paul points out to the Galatians that when they submit to the Mosaic calendar (4:10), in fact they return to where they came from (4:9). Once they served idols and in their religion they had their special days and feasts (4:8) They had turned away from that but now they were keeping all kinds of days and feasts again. Those were indeed written in the law of Moses, but never intended for them. Keeping the Mosaic calendar was for them as unseemly as keeping the idolatrous calendar. The Evangel had made them free from religion and now they turned back to it again. To a religion that was not given to them and that had also expired.

The Judaizing teachings that had found entrance into Galatia, and that fatally undermined the grace (1:6; 2:21) and freedom (2:4; 5:1) of Paul’s Evangel, has spread throughout the christian world from the very beginning of church history. Especially when the church imagined itself in place of Israel. The Sunday came instead of the Sabbath, baptism came instead of circumcision and mikwah, Easter and Pentecost came instead of Passover and Shavuot, and so on. It was veiled Judaism.

However, in recent decades a pure form of Judaization shows itself in the so-called “Messianic movement”. In that movement Sabbath and other feasts, the dietary laws and sometimes zealously circumcision (4:17) is promoted among nations. Again, not to be saved, but to  live righteously. This development makes the letter to the Galatians as topical as it was in the days of Paul.