| Blog English | the ecclesia as a mature man

the ecclesia as a mature man 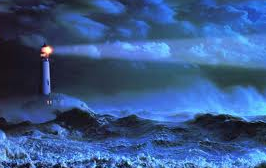 11 And the same One gives these, indeed, as apostles, yet these as prophets, yet these as evangelists, yet these as pastors and teachers, 12 toward the adjusting of the saints for the work of dispensing, for the upbuilding of the body of Christ, 13 unto the end that we should all attain to the unity of the faith and of the realization of the son of God, to a MATRURE MAN, to the measure of the stature of the complement of the Christ, 14 that we may by no means still be minors, surging hither and thither and being carried about by every wind of teaching, by human caprice, by craftiness with a view to the systematizing of the deception. 15 Now, being true, in love we should be making all grow into Him, Who is the Head — Christ — Ephesians 4 (CLV)

In the two previous blogs, we noted that on the basis of 1Corinthians 13, Paul prepared his readers for “maturity” which would become reality when the revelation of Gods plan and purpose would be complete. It would mean the end of certain spiritual expressions that belong to the time of childhood (immaturity).

In Ephesians 4 we see something similar; with the difference that in this passage it is not about speaking in languages/tongues and such, but about the gifts of apostles and prophets, evangelists, pastors and teachers. Also to these gifts there seems to be an explicit “unto the end” connected. This “unto the end” signifies the end of the immaturity, because the body of Christ will have achieved the status of “a mature man”. Again, the context is clear that Paul is not referring to a situation in heaven, or something similar, but to a reality on earth. The maturity will be experienced in the midst of “every wind of teaching”, of “human caprice, and craftiness”, that will result in “the systematiing of the deception”. The body, as a whole, is considered to be “a mature man”, but the individual members are said to grow into Him, Who is the Head.

Maturity is a condition on earth and when this is reached, the gifts of verse 11 belong to the past. For it is “unto the end”. The first two functions that Paul mentions are an important keys to identifying these gifts. Apostles and prophets are specific to the start time. Concerning the apostles we know that they were eyewitnesses of the risen Christ (1Cor.9:1) and that Paul considered himself the last of that group (1Cor.15:7-9). After the passing away of the first generation, there were no more apostles. In line therewith, Ephesians 2:20 speaks of “the foundation of the apostles and prophets.” The foundation is that part of the building that only once, at the beginning is laid.

In the list of gifts of 4:11, Paul mentions, besides apostles and prophets, also evangelists, pastors and teachers. Those last three might cause surprise, because we can hardly suppose that the ecclesia, at some point, would not be in need of individuals who would pass on the Evangel, do pastoral work and provide education. Should we not expect that, when the time of maturity has come, in principle, every believer is competent to do this work? And indeed, that is what Paul also wrote to Timothy, in his last letter. Every inspired Scripture makes the man of God capable and to every good work thoroughly equipped (2Tim.3:16,17).

This is the reality since the time that every inspired Scripture is actually available. As gifts, evangelists, pastors and teachers are, even as the apostles and prophets, limited to the beginning period. But their written legacy, makes every believer competent for every good work! Hence, Paul could write to Timothy (the second generation): “do the work of an evangelist” (2Tim.4:5).

May it be clear that the gifts in Ephesians 4:11 are related to the completion of the Scriptures. It were the apostles and prophets, evangelists, pastors and teachers, who gave us the so-called “New Testament”, as the Word of Christ. Since the ecclesia is now mature, the world in general and the religious world in particular may be characterized by “wind of teaching”, causing people to be swayed, up and down and back and forth. But in this turbulent sea, there is a beacon: the truth, recorded in black and white. It provides us with stability and a reliable outlook (prospect). And in that one truth, we also find each other, so that we in love may grow more and more into the Head, Who is Christ!