Romans 9:26 – Israel among the nations


And it shall be, in the place where it was declared to them, Not My people are you, There “they shall be called sons of the living God.”

In this verse 26 Paul again quotes from Hosea, but this time from chapter 1:10,11. There it speaks of “the ten tribes” (“the sons of Israel”) who were to become as numerous among the nations as the sand of the sea. And “in the place,” namely, among the nations, where they are not reckoned as my people, they would be called “sons of the living God.”

Remember that “the ten tribes” (!) never returned to their inheritance. In the days of Cyrus, although all the people (all twelve tribes; Ezra 1:3; 6:17) officially returned, they were given a place in Judah. Hence, since that time the people of Israel have been called Jews; they sail under the flag of Judah. Most of the ten tribes, however, lost their identity abroad and disappeared among the nations.

That means that if the message of the Gospel reaches the nations in our day, it automatically reaches the “lost Israel”! And it is precisely “in that place” that the “sons of the living God” are called! 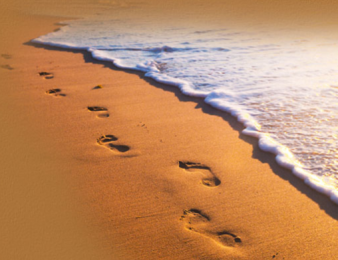