Romans 8:32 – Together with Him granting all.


Surely, He Who spares not His own Son, but gives Him up for us all, how shall He not, together with Him, also, be graciously granting us all?

God did not spare his own Son, but gave him up on behalf of all of us. In the first part, the word “us” could still be understood to mean all mankind (John 3:16), but in what follows it appears that Paul specifically refers to the believers. Those who are predestined to be sons, are called and justified and will soon be glorified (8:30).

If God showed such love for us, by not sparing his own Son, will he not also give us all things along with that Son? Another question whose answer is presumed to be known. After all, weren’t we predestined to “be conformed to his Son” who is the “firstborn among many brethren” (8:29)?

All creation is destined to be part of the Son. For he is the heir — the firstborn, the allotment owner! But remember: this fate he shares with his “brothers” – “the sons of God” (8:19). They are destined to receive “along with him”, “all things” (“ta panta” – the universe). What an unimaginable favor! 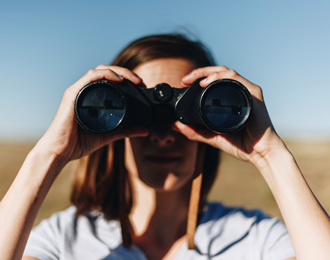