In expectation that the creation itself, also, shall be freed form the slavery of corruption into the glorious freedom of the children of God.

Creation eagerly awaits, as we read earlier (: 18). Not because creation is aware of the future, but because it suffers from “the slavery of corruption”. And those who suffer from slavery, by definition, look forward to liberation from it. This indefinable desire itself offers no guarantee. It only provided by the Creator himself.

The corruptibility to which creation is subject is inescapable and that is why it is also called “slavery”. As inevitable as this corruption is now, liberation will soon be just as certain. However, that liberation does not begin until “the unveiling of the sons of God”. That is when the Son of God will appear with them as “the firstborn among many brethren” (8:29). Raised in incorruption.

This perspective is what is here called “the glorious freedom of the children of God”. Freedom is opposed to slavery and glory to corruption. The freedom and glory enjoyed by the sons of God as firstfruits will come to all creation. The sons of God are used as a bridgehead for this liberation. 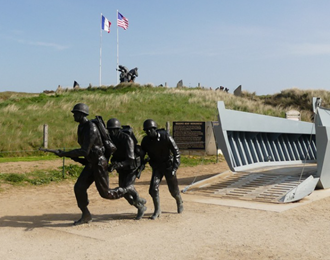