Romans 8:22 – The creation as a pregnant women


For we are aware that the entire creation is groaning and travailing together until now.

Paul established that creation is subject to vanity. Not by choice but by God. By “vanity” Paul refers to “the slavery of corruption”. This slavery is a given, inescapable. Everything decays and is corruptible. It is an experiential fact that weighs down every creature. “Together”, Paul writes. Because as creatures we share this common destiny. Paul compares death and the disconcerting road to it to a difficult sigh. But not only difficult.

The sigh here, especially is a sigh of expectation. The expectation of new life. The whole of creation groans together, but also has “travailing together”. That means that creation fulfills the role of a pregnant woman. While the Creator in Scripture is consistently a He and Father, creation is a she. Fertilized and ‘in joyful expectation’.

The new life itself is still hidden. But how hopeful it is to see the groaning of creation in the perspective of expectation. Because the more intense the pain and the sighing, the closer is also the redemption! 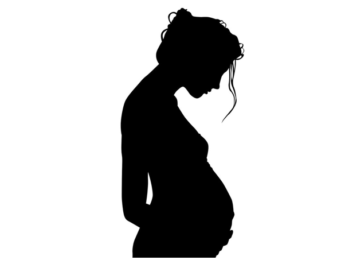