For to vanity was the creation subjected, not voluntarily, but because of Him Who subjects it, in expectation…

Creation is subject to vanity. In the next verse Paul calls this “the slavery of corruption”. It is the big theme of the book “The Ecclesiastes”. “Everything is vanity”. That is not a choice of the creature itself. So it is also not because of Adam’s sin. Certainly, through that act of disobedience, the first human couple was denied access to the tree of life (Rom. 5:12). But the fact that that tree was needed only confirms that Adam and Eve were already mortal. Taken from the soil and therefore soilish (1 Cor.15: 47).

Creation is corruptible “by design”. The Creator himself has subjected her to it. Hence the earth became “chaos and vacant” according to Gen.1: 2. From the beginning of creation, the law of decay and decline prevailed.

But of course GOD knew the outcome. When He created the creation, He knew it would be passing. Only the new creation would be permanent. Imperishable. Adam had to come first, as a type of “the last Adam”. Everything was focused from the outset on Him who would overcome sin and death! 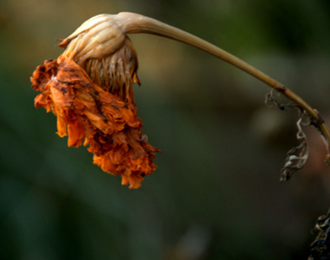