We, then, were entombed together with Him through baptism into death, that, even as Christ was roused from among the dead through the glory of the Father, thus we also should be walking in newness of life.

Baptism in these verses is not a baptism in water, but a baptism “into Christ” and “into his death”. Christ himself described his imminent death as a baptism with which he would be baptized (Luke 12:50). At the beginning of his ministry, he was baptized by John in the Jordan River and then rose from the water. It was the road through the Jordan of death. This baptism pictured his death and burial in view of his resurrection. Well, in the burial that was his ‘baptism’ we were “entombed with him.” His death was our death. His funeral was our funeral. And since his death was also his baptism, so we were baptized with him too. In other words, baptism into Christ is not a ritual that we undergo, but it is the burial with which Christ was buried! That was his ‘baptism’ and so was our baptism.

When was I baptized? When Christ was laid in the tomb in the garden of Arimathea. 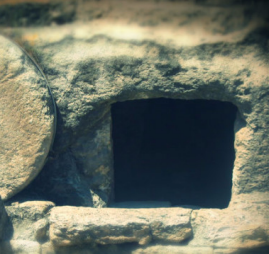