| Blog English | Romans 6:1 – Persisting in sin that grace should be increasing?

Romans 6:1 – Persisting in sin that grace should be increasing?


What, then, shall we declare? That we may be persisting in sin that grace should be increasing?

A new question arises. But one that follows directly from the foregoing argument. For Paul had established that where sin increases, grace superabounds (5:20). One might read this as a recommendation to remain in sin. Why not? After all, it would only increase grace. Did not God himself ever give the law to Israel for the purpose of “increasing the offense” (5:20)? Isn’t the reign of grace (5:21) absolute?

Before we begin to closely follow Paul’s answer from verse 2, we should first be thoroughly aware of the logic of the question in verse 1. Indeed, the conclusion that we should continue in sin throws Paul far away. But the assumption that grace would only increase in that case is perfectly true. Never has sin been so much or so great that grace would not surpass it. That is true and it remains true. God’s grace is like a rock we can always build on. Only when we understand that will we be able to understand the following. 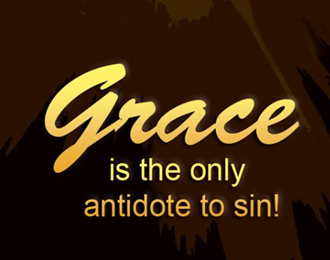