Yet where sin increases, grace superexceeds, that even as sin reigns in death, thus grace should be reigning through righteousness, for life eonian, through Jesus Christ, our Lord.

This verse concludes a passage in which Adam was placed next to and opposite of Christ. And thus also sin opposed to grace. “Sin reigns in death,” that is, sin proves its reign “in death.” After all, it is inevitable and is uncompromising. And the law that “came in” at the time of Moses did not change that. In fact, it only increased sin.

It is against this black background of sin and death that grace shines superexeedingly. All men are sinners and mortals through one act of one man. Sin reigns in death, but thank God it ends in death too. Right there where “grace superexceeds” “through Jesus Christ our Lord”. For GOD raised him “for our justification” (4:25). “Ours,” that is, of “all mankind” (5:18). Thus “grace is king” and overrules sin and death. As a historical fact “into eonian life”, into which death has definitely passed! 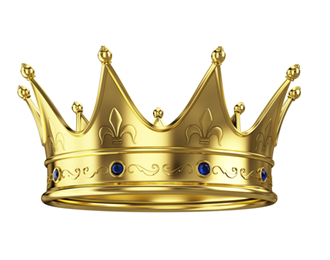