For if, being enemies, we were conciliated to God through the death of His Son…

The death of the Son on the cross is God’s means of reconciling humanity. Are you reading this right? The Son did not have to die in order to reconcile God to man. For God was never hostile or alienated from man. He loves the world! The current idea is that God was angry with mankind because of sin, and He made up for this by letting His Son die. The Son would have carried God’s punishment vicariously.

But Biblical truth is at odds with that. Indeed, God’s Son bore the penalty. However, not from God, but from the world that wrongly condemned him and carried out the death penalty. That was the punishment and those were the sins he bore. And God delivered him up without intervening. But three days later God raised him up in order to give life to that same hostile world!

The cross proves God’s love for enemies (5: 8). Hence it is through the death of his Son that God reconciles enemies to himself. Thus He turns enemies in to lovers of Him. That is reconciliation! 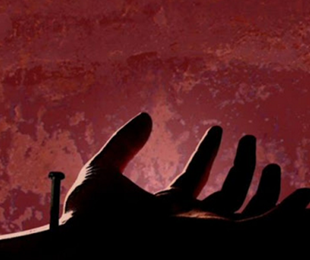