Now it was not written because of him only, that it is reckoned to him, but because of us also, to whom it is about to be reckoned, who are believing on Him Who rouses Jesus our Lord from among the dead.

Earlier we read that Abraham believed in the GOD is vivifying the dead (: 17). Sarah’s womb was “deadened,” and Abraham’s manhood was “deadened.” But Abraham trusted in GOD’S foretelling that would bring new life out of a “dead” man and woman. That was not an assignment but a promise!

In essence, Abraham’s trust in GOD is no different from our trust in Him who raised Jesus our Lord from the dead. After all, our Lord is “the son of Abraham” (Mat.1: 1) and like Isaac, according to GOD’S promise came forth “from the dead” (deadened). Abraham experienced resurrection, whereby Isaac was begotten, and likewise GOD also resurrected our Lord and roused him from the dead! 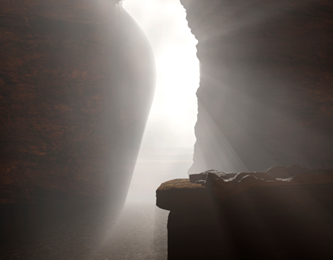