And why not say, according as we are calumniated and according as some are averring that we are saying, that “We should be doing evil that good may be coming”? – whose judgement is fair.

It was an extremely bad misunderstanding that was circulating about Paul. And actually even worse: words were put in his mouth. This misunderstanding could arise because the difference between the one GOD and man was obscured. Indeed, Paul emphatically taught that GOD allows evil to take place in order to produce good. In fact, without evil, the greatest good (of boundless love, grace, and resurrection life) would never have been known.

But because Paul’s opponents did not understand this great teaching, they made it: Let us humans do evil so that good might come out of it. That is a difference between heaven and earth! GOD creates evil to bring good out of it. Just think of what the brothers did to Joseph back then (Gen. 45: 7) and for which they could not be excused. But through their fault GOD turned evil for good. No, that’s no excuse for the brothers … but it gives GOD all the credit! 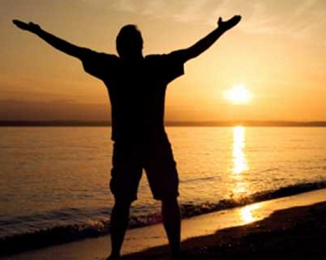