What then? Are we privileged? Undoubtedly not, for we previously charge both Jews and Greeks to be all under sin.

The “we” mentioned here are the Jews. But had not Paul just written that the Jews are indeed privileged, especially because they have been entrusted with the words of GOD (3: 1,2)? Indeed, that’s right. But it is precisely this privileged position that makes their guilt greater than that of the Gentiles.

In Romans 1, Paul had explained that the world in general, although one knows of GOD, does not glorify Him as GOD and give thanks causing darkness in their unwise hearts (1:21). With all the moral consequences that entails. In Romans 2 Paul then addresses more specifically the Jew who takes a judgment about the wicked world but has no idea of ​​the kindness of GOD himself. People boast about the words of GODS, but they are one big indictment against their attitude.

The conclusion from all this must be that Jews as well as Greeks, without any partiality, are all under sin. Left or right, all humanity is included in it. We are goal missers. All of us. Totally dependent on GOD’S grace. 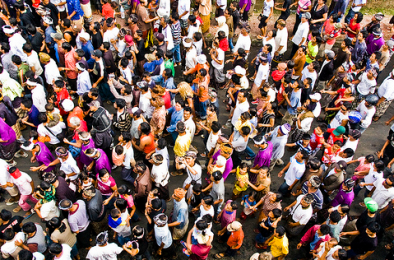