Romans 3:27 – All boasting is debarred


Where then is boasting? It is debarred! Through what law? Of works? No! But through faith’s law.

After the grandiose exposition of the foregoing, one thing has become absolutely clear: no man can contribute anything to justify himself before GOD. Regardless of his lineage or achievements, all have sinned and are lacking of GOD’s glory. It is GOD himself who has ruled out all boasting. If it were the case that GOD had made justification possible, but that man “only” has to accept this through his wise choice, then man would still have his own boasting. Namely, boast in his or her wise choice.

But human works or earnings do not play a role. And as far as a law plays a role, it is the law (fulness) of faith. It is extremely important to understand what Paul means by this. Because if faith were a human achievement, faith would still become a ‘work’ through the back door. And that would destroy Paul’s whole argument.

Faith is not an achievement, but rather the recognition that GOD, without any contribution from man, unconditionally (!!) fulfills his promise! 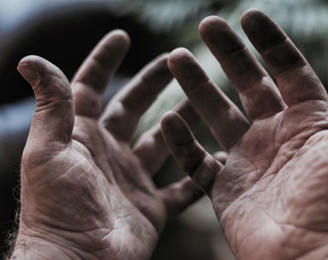