Romans 2:17 – Being denominated a Jew


Lo! You are being denominated a Jew, and are resting on Law, and are boasting in God…

For the first time here in Paul’s argument the Jew is explicitly addressed. It is true that in the foregoing the Jew could also have recognized himself often, but from verse 2: 1 it was not so much the Jew but the human (“O man”) who hypocritically assumed a judgment about the other (2: 3). . Whoever condemns what he himself does makes himself, more than anyone else, an object of GOD’S judgment. For whoever does that proves to despise the loving kindness of GOD and thereby to deny GOD (2: 4). Being righteous is completely unrelated to descent (Jew or Greek) and unrelated to much or little knowledge of GOD. It is about faith and about glorifying and thanking God as GOD (1:21).

So from this verse on, Paul is specifically addressing the one called Jew. Later (in: 28) Paul puts that in perspective because not everyone who is denominated ‘Jew’ is actually a ‘Jew’, since that name means ‘praiser of God’. And also leaning on the law with the idea of ​​being ahead in the eyes of God and boasting in it, only proves that you are leaning on your own righteousness. And so does not really know GOD. 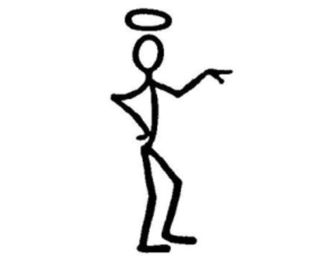