| Blog English | Romans 2:15 – Gods judgement “according to my evangel”

Romans 2:15 – Gods judgement “according to my evangel”


… in the day when God will be judging the hidden things of humanity, according to my evangel, through Jesus Christ.

According to Paul’s Evangel, GOD will judge the hidden things of humanity “through Christ Jesus”. We find this truth in many places. GOD has given all judging to the Son, we read in John 5:22. And Peter stated that GOD has made Jesus Christ judge of the living and the dead (Acts 10:42). And on the Areopagus, Paul argued that the world will judge in righteousness, by a man he has appointed, by raising him from the dead (Acts 17:31).

But the words “according to my gospel” can also be related to the preceding sentence: GOD will judge the hidden things of humanity “according to my evangel”. That also makes sense! The good news that Paul trumpeted says that GOD is going to save, reconcile, justify and make alive all people. Does the future judgment conflict with that? No on the contrary! For how could man reach his destination unless everything is set straight first? That is what the purpose is for. The judgment has an ultimately positive purpose. Therefore, it is in harmony with what Paul calls “my evangel”! 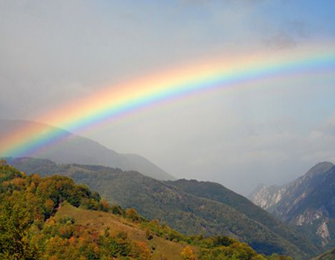