Wherefore defenseless are you, O man! Everyone who is judging, for in what you are judging another, you are condemning yourself, for you who are judging are committing the same things. Now we are aware that the judgement of God is according to truth against those who are committing such things.

In the previous verse (1:32), Paul argued that man is “recognizing the just statute of GOD”: every man knows about GOD and also about good and evil (called “conscience” in 2:14). No man therefore has an excuse (: 20). From this verse on, Paul includes another category of people, namely “everyone who is judging”. They might think they have remained ‘out of harm’s way’ thus far. After all, ‘moralists’ also condemn the excesses that Paul had just listed.

But Paul pierces through this moralistic judgment. Because it is only an appearance. To the eye, the ‘moralists’ may be distinguished from those they condemn, but secretly they practice the same things. And since “the judgment of GOD is according to truth” and He also sees the hidden things (: 16), He unmasks man’s hypocritical act. Hypocrisy is so much worse than the behavior it condemns because it seems to be better. GOD only counts with what is real. 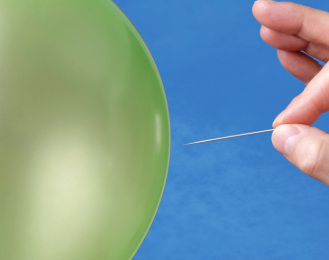