Now I am commending to you Phoebe, our sister, being a servant also of the ecclesia in Cenchrea, that you should be receiving her in the Lord…

Romans 16 is an appendix to the Roman letter with many ‘personal details’. To begin with, Paul recommends one Phoebe. That recommendation may be independent of the meaning of her name (‘radiant’), but it is illustrative. Paul calls her “our sister”, indicating that not only Paul but also the believers in Rome knew her.

Besides “our sister” she is “also a servant of the ecclesia in Cenchrea”. We know this place name from Acts 18:18: it was the eastern harbor of Corinth and Phoebe functioned in Cenchrea as a servant of the ecclesia (Gr. diakonos). A healthy local ecclesia has an ‘overseer’, one who oversees teaching as well as one or more ‘servants’, male and female (cf. 1Tim.3:11; Philp.1:1). They serve the ecclesia through practical support, for example by making their home available.

So Phoebe was traveling from Cenchreae (Corinth) to Rome. Her husband is not mentioned; perhaps she was unmarried or widowed. Obviously, she herself delivered Paul’s letter personally to Rome. He speaks highly of her! 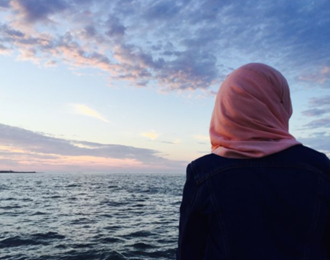