The name Narcissus is best known to us as a figure from Greek mythology who fell in love with his own reflection. But this is a supposedly well-known Roman Narcissus. The most famous Narcissus in those days in Rome was the wealthy confidant of Emperor Claudius. Paul does not greet Narcissus himself, but those who belonged to his circle or household, i.e. the believers among them (“who are in the Lord”).

Of the three women Paul mentions with respect in verse 12, the first two clearly belong together: Tryphena and Tryphosa. Their names are almost identical and presumably they were sisters and maybe even twins. Their name means something like ‘lush,’ but the credits Paul gives them contrast with that. For they take great pains in the Lord.

Persis (= ‘Persian’) is greeted separately by Paul. Like the sisters mentioned, she takes great pains in the Lord. Specially she is also called “the beloved”. How beautiful is that: apparently she had that reputation in general. 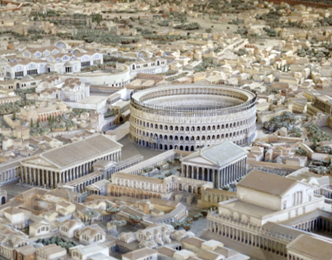