Romans 15:20 – No building on another’s foundation

The purpose of Paul’s ministry is to make the nations hear of the Evangel of Christ. But he made it an honor to avoid those places where the name of Christ was already mentioned. With this he apparently refers to his fellow apostles who focus on the Jews abroad with “the gospel of the circumcision” (Gal.2:7). Like e.g. Peter who as “apostle of the circumcision” (Gal.2:8) wrote his letter to Jews “in the diaspora” (1Peter 1:1). It is true, people of the nations could also learn about it, but as “guests.”

The foundation that Peter and the other apostles laid was the same as that of Paul, namely the risen Christ (1Cor.15:11). But the further education from that foundation differs from each other. For example, in Paul’s teaching, circumcision and the precedence of the Jew play no role at all – after all, “the gospel of the uncircumcision” was entrusted to him. That is a ‘heathen’ Gospel (Gal.2:7).

Paul’s perspective was different and he knew more than “the twelve.” Therefore, Paul did not want to “build on another’s foundation” and took credit for his pioneering work. 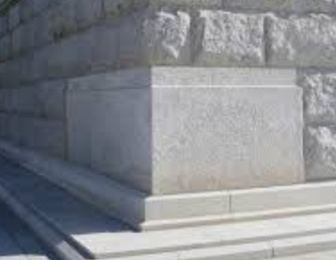