The previous verse was about the one who has faith and also tests his actions by the standard whether it builds up. He is reckoned as happy. This verse is precisely about the one who is doubting when he eats something. The Dutch word for ‘doubt’ is ‘twijfel’. It contains the German word ‘zwi’ (=two) which refers to two. Anyone who doubts his or her actions is internally in conflict. Such doubt is opposed to faith. For he who acts in faith has faith that what he does is right. After all, it has been considered and tested “before God” (:22). This belief points to peace (cf. 14:17) and is thus the opposite of conflict.

Everything we do or don’t do would be “by faith”. Not half-heartedly, limping on two legs. With excuses (or just say: pretext) like: ‘I will do it, but I actually shouldn’t be doing it’. He who thinks and speaks like this has already condemned himself. The turmoil that haunts one is the conscience that accuses. That is rightly a sin. For it misses the mark of peace and confidence in being heartily thankful to God. 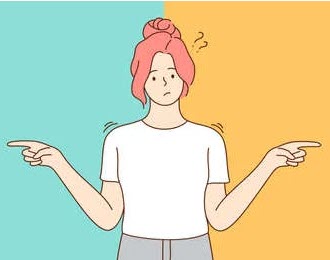