| Blog English | Romans 15:1– The infirmities of the impotent

Romans 15:1– The infirmities of the impotent


Now we, the able ought to be bearing the infirmities of the impotent, and not to be pleasing ourselves.

The delicate issues Paul discussed in the previous chapter come to a close here. In 14:2 the one who in his conscience has trouble eating meat was called “the infim.” Here he is referred to as “impotent” (Gr. adunatos). That is not meant to be derogatory; it merely indicates that, due to a flawed conscience, one is not well able to deal with mutual differences. Certainly, everyone should learn that “nothing in itself is contaminating” (14:14). But until then, “we, the capable” (Gr. dunatos) would help them in that. For if we consider ourselves “capable” (i.e. capable), isn’t it also our moral duty to bear the other’s “infirmities”?

Bearing “the infirmities of the impotent” means more than just “tolerating” by the way. If a person threatens to fall in his faith because he sees his brother eating meat, for example, Paul says: bear his weakness (14:21). Okay, it’s his weakness that he can’t deal with that, but why would whoever has 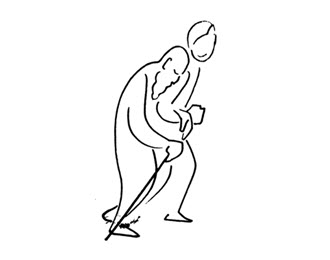