In English it is not visible, but in Greek there are only four words, each starting with a-. As we still recognize in words such as atheist, agnostic or anti-social. The preposition a- means ‘without’ and corresponds to words that start with us un-, such as unintelligent and unpredictable. With these four words, Paul closes the series of twenty-one misconduct and reprehensible attitudes.

Paul already spoke about “unintelligent” (: 21), when he talked about the world that GOD does not recognize in his creation. Then “it becomes dark in the unintelligent (unwise) heart”. But the trait that follows may be even worse. People without something to hold on to and without a sense of GOD on whom you can rely also become unpredictable themselves. “Without natural affection” indicates the lack of affection for what is natural. Examples of this were already mentioned in verses 26 and 27 where Paul wrote about bestiality and homosexuality. Instead of reverence for the Creator who created “male and female” (= natural), people promote so-called “gender diversity”.

Paul cites “without mercy” as the last example of reprehensible thinking. The link is always clear: where the view of GOD disappears, there man becomes disconcerted. 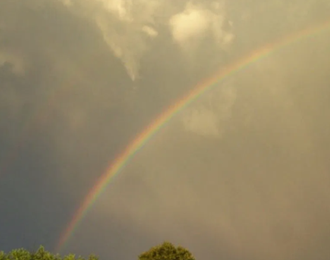