We noted earlier that the good message is good because it tells of GOD who has fulfilled his promise. Then we are talking about the promise repeated by many prophets and announced in detail in the holy scriptures. It is about documented announcements, but also about documented fulfillment.

But what is the content of what GOD “promises before through his prophets, in the holy scriptures”? There is much to say about this and Paul will also lift a corner of the veil in the following verses. But it can also be summed up very briefly: the fulfillment of the promise is about … GOD’S Son. The Gospel is not a message of morality, as many believe. Also no philosophy of life, built from a number of concepts and ideas. All this is, at best, just a derivative of the Gospel. But the Gospel itself is not about anything but about someone. A person who is none other than GOD’s Son. Not GOD himself but someone begotten by GOD. In a unique way. The only begotten Son! 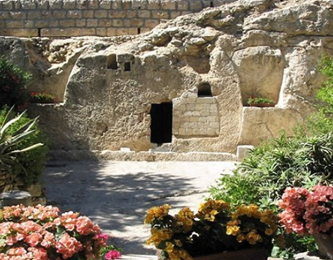