The first characteristic of the promised Messiah is that he would come “of the seed of David.” Over time, we see this line increasingly focused. The first human couple had already received the promise of “the seed of the woman” that would one day be fatally hit, but that would precisely so crush the “head of the snake”. Two thousand years later it becomes clear that the Messiah would come forth through the line of Abraham, Isaac and Jacob. It is then foretold that it was the tribe of Judah to which the scepter would come.

Another thousand years later, the royal house of David arose from the tribe of Judah. It is this dynasty to which GOD makes his promise. The Messiah is said to be a descendant and heir of David. It is true that the dynasty of David would come to an end (“the set slip of Jesse”, Isaiah 11:1), but a young shoot (Heb. Netser> Nazareth) would still bring new hope. He would restore “the fallen booth of David” (Amos 9:11) against all odds. Only one person answers this profile: Yeshua Hamashiach! 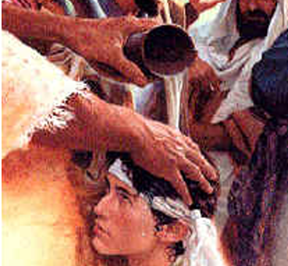