Paul, a slave of Christ Jesus, a called apostle, severed for the evangel of God which He promises before through His prophets in the holy scriptures concerning his Son…

Paul did not do the heralding the good news among the nations on his own initiative. He certainly had not chosen this himself. He could not do otherwise: As a serf he had been called, delegated and secluded.

The good message to which Paul was set apart was unmistakably “from GOD”. After all, no one knows what the future will bring; all we say about that are forecasts and at most probabilities. People make predictions, but GOD foretells. By means of prophecy (= foretelling) GOD proves the truth of the Scriptures. Heralding the Evangel does not aim to strike a nerve, as if it were about emotions. No, it provides evidence that the message is “from GOD”.

Hundreds and even thousands of years earlier, prophets, both oral and written, had pointed to the Messiah who was to come. Who he would be, his family tree, his place of birth, his appearance, when he would act, about his reception by the people, his death and what is more, his resurrection. And so on. The good news is that GOD has fulfilled his promise! Check it out for yourself! 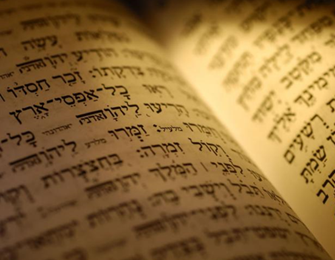