And according as they do not test God, to have Him in recognition, God gives them over into a disqualified mind, to do that which is not befitting…

By now, Paul has extensively demonstrated the error of humanity that it does not acknowledge and recognize GOD in his creation. They don’t want to know, they disapprove of it, however much logic forces us towards this realization. But this truth is kept down in unrighteousness, so that falsehood is preferred to truth. But it is a fatal error, for it leads to “a disqualified mind”. Notice Paul’s pun: the world disqualifies the recognition GOD and that leads to disqualified thinking.

For the third time (after verses 24 and 26) we read that GOD has given mankind over (not to, but) into disqualified thinking. That is to say: people have taken the wrong turn in their thinking and GOD does not stop that. So it is not an active punishment but a passive release (‘go ahead then’). “a disqualified mind” means: reasonings run to a dead end and it becomes dark in the unintelligent heart (: 21). It also leads to derailed actions: doing things that are inappropriate. But positively it is also true: recognition of GOD is a compass for action. 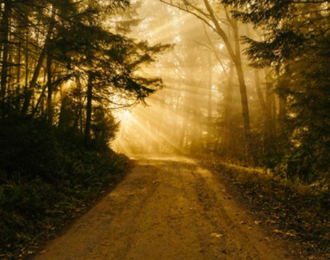