Romans 1:17 – The Just one by faith shall be living


For in it God’s righteousness is being revealed, out of faith for faith, according as it is written: “Now the just one by faith shall be living”.

Righteousness and faith are two concepts that go hand in hand. In fact, both concepts are synonymous. A believer is a just and a just one is a believer. That is because in the Scriptures faith is counted as righteousness. For the first time we read about that in Genesis 15 verse 6 concerning Abram who believed GOD on his unconditional promise. Therefore, Abram was a righteous person before GOD (see also 4: 3). Not because Abram did something but precisely because he trusted GOD who would do it! That counts with GOD!

The principle of ‘a believer = a just one’ does not only apply to humans, but also and especially to GOD himself. GOD is righteous because He Himself believes in what He promises. For that is why He also fulfills His promise (: 2).

Paul concludes verse 17 with a quote from Habakkuk 2: 4. Because this prophet also already spoke of “the just one by faith”. Who shall live. For where else could Life be found than with the living GOD who promises this? Whoever trusts in Him will never be disappointed! 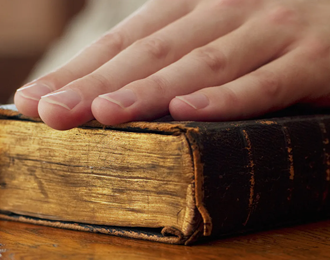