“Lord, Thy prophets they kill, Thine altars they dig down, and I was left alone, and they are seeking my soul.”  But what is that which apprises saying to him? “I left for Myself seven thousand men who do not bow the knee to the image of Baal.”

In verse 3 Elijah is quoted after the history on Mount Carmel (1Kin.19:13). Instead of the royal house being deeply impressed by the divine answer, Elijah is threatened to be murdered and must save his life outside the country. Elijah’s courage completely sank in his shoes and he longs to die (1Kin.19:4). He thought he was the only faithful one left. Also a prophet Elijah was ultimately only a human being like all of us (James 5:17). If we go by our own findings, we just sink into total depression.

It was the the word of God that came to Elijah and put his complaint in an entirely different perspective. Sure, Elijah belonged to a minority, a remnant. But still, the party was 7000x bigger than he thought! And the secret is: God Himself provided it. “I left to Myself….…”. So that’s not human work. “Seven thousand men” – the number undeniably testifies to Divine perfection! 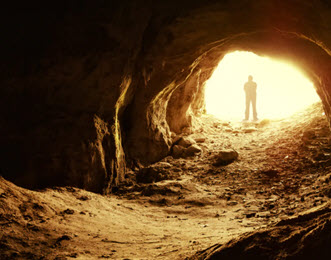