As to the evangel, indeed, they are enemies because of you, yet, as to choice, they are beloved because of the fathers.

Paul typifies his fellow countrymen here with two key words: as enemies and as beloved. And in both cases it is not their choice but their fate. The Jews are, as far as the Evangel is concerned (generally speaking), enemies. They may have “zeal for God,” but it is without recognition (10:2). They are still hostile to the Evangel that was primarily intended for them. But Paul adds: The enmity of the people is “because of you”, i.e. for the nations. Because of their transgression, the wealth has gone to the nations (11:11,12). It had to go like this. The allotment of the birthright would reach the nations through Ephraim.

That the Jews are “enemies as to the Evangel” does not detract from the truth that they are “beloved because of the fathers.” That too is their fate. They owe that election to “the fathers”. It was Abraham, Isaac, and Jacob that God once chose and assured their posterity the fulfillment of His promises. Because of this family tree, the Jews are still chosen beloved. It guarantees the golden future of this unique people! 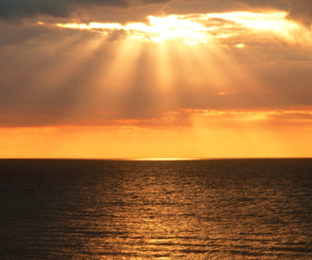