That Christ is the consummation of the law (10:4) Paul clarifies by giving two quotes from the books of Moses. The first quote is from Leviticus 19:8 which illustrates “righteousness which is of law.” It is the principle: whoever does these things will live. But it was already established in Romans 2 and 3 that no one meets this criterion and performs sufficiently. “For all sin and fall short…” (Rom. 3:23). So that “righteousness which is of law” only exists in theory 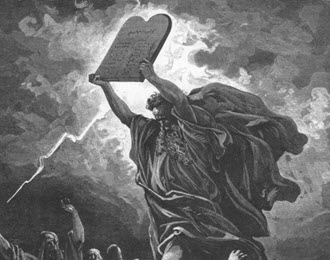