But, I am saying, did not Israel know at all? First Moses is saying, I shall be provoking you to jealousy over those not a nation; Over an unintelligent nation shall I be vexing you.

In the previous verse Paul established that the evangel has been heard to the ends of the earth (= the coastlands). Just as the word that proceeds from the heavens is worldwide.

Another objection: the people scattered among the nations may have heard the evangel, but are unable to recognize it. With three quotations from the Hebrew Bible, Paul makes it clear that this is not the case. First he quotes Moses from Deuteronomy 32 where it is said in verse 20 that God would hide his face from the people. And verse 21 goes on to say that the Lord would make his people jealous “of those not a nation, vexed by an unintelligent nation.”

That sounds confusing: not a nation, but a nation. But when we take Moses’ words, as Paul does here, as referring to the present ecclesia, then it becomes clearer. For the ecclesia is indeed “not a nation” in the usual sense of the word, but an assembly of individual believers from the nations. But precisely that “unintelligent” people seem to understand what the Jews miss… 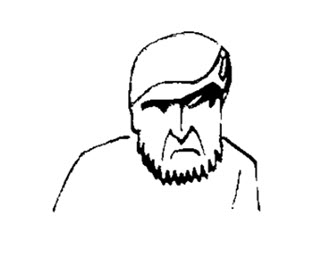