But, I am saying, did not Israel know at all? First Moses is saying, I shall be provoking you to jealousy over those not a nation; Over an unintelligent nation shall I be vexing you.

The question that has been raised is, if Israel scattered among the nations has indeed heard the Evangel (:18), is the message perhaps too ambitious for her? Paul is going to answer this question from three Scriptures, starting with Moses (Deut.32:21).

Moses prophesied that there would one day be a nation (which is really “not a nation”) of which Israel would be jealous. That jealousy is definitely not positive. The idea is not that Israel would also like to partake in what it learns from that “nation.” On the contrary, she gets angry at what she hears from them! It’s angry jealousy.

Israel thinks it knows the Scriptures, in contrast to the nations who do not understand them at all. How irritating it is when “a unintelligent nation” comes to tell them where and who the Scriptures really are about. This has been the situation since Paul’s day until now. It is unpalatable to Israel that a wholly “unintelligent nation” should teach her the lesson of what the secret of their Tanakh is. Moses foretold it. 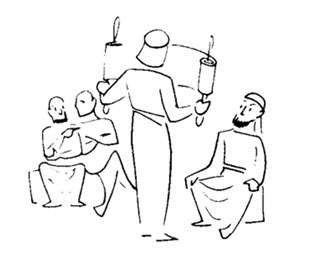