But, I am saying, do they not hear at all? To be sure! “Into the entire earth came out their utterance and into the ends of the inhabited earth their declarations.”

If faith is through hearing, as has just been argued, then one might ask, has Israel perhaps not heard? In “the land” perhaps, but also in the dispersion where the majority of the people resided? Is the message heard there too? And the answer is: yes.

The argument Paul gives here is both curious and telling. For while speaking of the Gospel of Christ, he quotes in support of Psalm 19:5 where David sings of the heavens telling God’s glory. Apparently it is the same… The word that emanates from the sun, the moon, but especially also about the constellations, that is the Evangel.

All nations are traditionally acquainted with the constellations. Starting with the Virgo and ending with the Leo. It speaks of the Messiah. All the constellations tell the story of “the Seed of the woman” who will crush the Serpent’s head. This knowledge is as old as humanity itself. This is known to the ends of civilization! 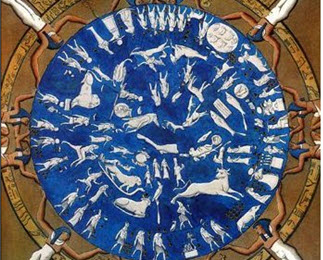