But not all obey the evangel, for Isaiah is saying, “Lord, who believes our tidings?”

In the preceding verse, Paul quoted Isaiah 52:7 where a herald is announced who brings good tidings to Israel in exile (that is, among the nations). Now Paul is quoting Isaiah again, but a few verses later.

Isaiah 53:1 dramatically describes Israel’s unbelief in her own Messiah. The entire 53rd chapter is devoted to the Messiah who is despised by his people (53:8) and led by them like a lamb to slaughter (53:7). But it is God who then exalts him (52:13) and will reveal him in His time and astonish kings (52:15). This portion in Isaiah foretells with great accuracy who the Messiah would be and what he would do. But especially how he would be completely misunderstood by his people.

It is in this context that Isaiah exclaims, “Lord, who believes our tidings?” The question is rhetorical: hardly anyone believes it! By quoting these words of Isaiah, Paul hits the nail on the head with his argument about Israel’s current unbelief! The good news is heard only by a minority. As foretold. 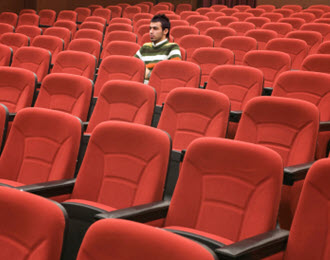