Having this same confidence, that He Who undertakes a good work among you, will be performing it until the day of Jesus Christ:

The good work spoken of here is the “contribution to the gospel” of the Philippians. “From the first day until now” (1:5). This good work was not the merit of the Philippians, no, Paul is convinced that God started this good work in them! We read of the first woman in Philippi who heard the Gospel (Lydia the seller of purple) that God opened her heart so that she paid attention to what was spoken by Paul (Acts 16:14).

It is as Paul teaches in Romans 8: Those whom God designates beforehand, He calls, and He also justifies (Rom. 8:30). Hence, they are “called according to his purpose” (Rom.8:28). “…that according to the elect purpose of God it might abide, not of works, but of the One who calls…” (Rom. 9:11).

God is the One who designates beforehand. He calls and He opens hearts. And because He is the One who initiates the good work, He is also the One who guarantees the good outcome. That makes the Evangel an unassailable Good News. Because everything is God’s work. From the beginning to the end! 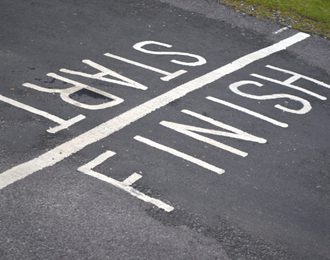