Philippians 1:5 – Contribution to the evangel


I am thanking my God at every remembrance of you, always, in every petition of mine for you all making the petition with joy for your contribution to the evangel form the first day until now.

Paul is so grateful for what the Philippians mean to him that he constantly mentioned them in his prayers of thanksgiving. He mentions the motive of that gratitude in verse 5: the contribution of the Philippians to the Evangel. Not as a temporary fad, but “from the first day until now”. That had been more than ten years now; the time between Acts 16:11 and 28:30.

The word for “contribution” in this text is “koi-noonia” in Greek, which literally means “fellowship” and is usually translated that way. Paul brought the Gospel and the Philippians shared in it. No doubt they also passed on the Good News themselves, but in this letter Paul especially points to their participation in his work in the Gospel (4:15,16). From the beginning they have supported and helped Paul along. Not only when he was with them, but also after his departure, they sent him contributions voluntarily. In doing so , these Philippians proved that the Gospel as Paul preached also had their hearts. This participation was not lip service, but a deed! 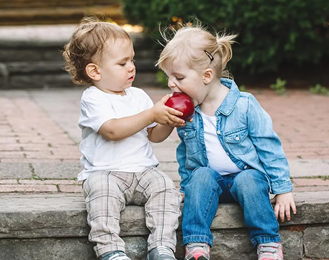