…it seems good to me also, having fully followed all accurately form the very first, to write to you consecutively, most mighty Theophilus, that you may be recognizing the certainty of the words concerning which you were instructed.

For Lucas, writing his two-volume book was not a literary activity. He did not intend to tell a nice story or inspire Theophilus piously. Only one thing mattered: the truth. Theophilus would realize how absolutely certain things are, about the things in which he was taught. That is why Lucas conducted a thorough fact-finding prior to writing his book.

Farther than any other writer, Luke goes back in time to even before the birth of John the Baptist. He has followed and checked everything closely. Hence the many references to places, times, historical persons and events mentioned by name. Without being an eyewitness himself, he consulted them extensively. He has conducted interviews with e.g. Mary, Jesus’ brothers and some of the ’the twelve’, and so on. Luke made notes and wrote everything down carefully. That is the ‘New Testament’: no pious story or clever fiction but absolutely reliable history! 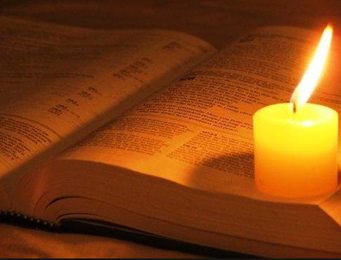