Have a pattern of sound words, which you hear from me, in faith and love which are in Christ Jesus.

In this last letter from the apostle Paul he prepares ‘his child’ (2: 1) for the times to come. Paul’s execution is imminent (4: 6) and he warns Timothy of a general decline (3: 1) and the abandonment of truth in Christendom (4: 3). Despite these and other sad developments, Paul’s tone is cheerful and vital.

The “sound teaching” is made up of “sound words”. Timothy had heard them from Paul himself. It is the vocabulary that Paul used “in faith and love, which are in Christ Jesus.” Christendom has rapidly deviated from “sound doctrine”. “Sound words” gave way to “words of human wisdom” (1Cor.2: 13). Those are terms and concepts, coined by learned theologians and philosophers, but foreign to Paul’s vocabulary. “Eon” became an ‘eternity’, “óne God” became a ‘trinity’, “the Son of God” became ‘God the Son’, Gehenna (= valley of Hinnom) became “hell”, and so on.

If we want to stay on course and healthy in these “last days” (3: 1), then there is one thing for us to do, which is to orient ourselves to the “sound words” of the scriptures alone (2Tim.3: 16). 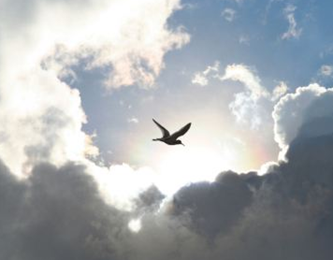