The acronym LGBT is only recently fashionable. It is short for Lesbian, Gay, Bisexual and Transgender. In the nineties, the gay movement expanded to other groups and since then also bisexual and transgender people found their place under the umbrella of LGBT. And some propose adding a Q: the Q of queer or questioning, pointing to (most young) people who are searching for their sexual identity and preference.

In the previous decades The LGBT movement achieved big successes, particularly in Western Europe and North America. The introduction of gay marriage was a milestone, and what about a phenomenon like Gay Pride. Previously already a climate had been created in which the distinction between man (male) and woman (female) more and more was considered as unlawful ‘discrimination’.

Two articles I read in the newspaper may be called typical. Yesterday the Dutch King visited the jubilee COC, the organization standing up for the interests of LGBT people. The same day President Obama reached out a prestigious prize to Ellen DeGeneres, a well-known TV personality and also icon of the LGBT community. In mainstream media the LGBT ideology has more or less become ‘standard’. Who does not follow that, is called ‘homophobic’, which seems to be very bad. Or at best ridiculous. The new pigeonholing…

Traditionally sexuality was, as a rule, heterosexuality. Biologically and anatomically, the male is meant for the female and vice versa. That is the design as was seen in the nature, so homosexuality was in general considered as an abnormality. This also applied to the phenomenon of transgenders, of which we nowadays hear more and more. It illustrates the increasing confusion about sexual identity. One is born male or female, but is one because of that also male or female? That is the problem of the transgender.

The LGBT movement is indicative of this time of disorientation. It is denied that male and female have specifically been designed for each other. Anyhow the idea of a design has been reasoned away and therewith also the idea of a Designer and Creator. An aim or standard is lacking. Any boy or girl may now find their own sexual identity and orientation. Not the gender, you got when you were born, but the feeling about it, is deciding. But feelings and emotions do not give stability, so many people are unstable and insecure about it.

Historically you were born as a boy or a girl, so your sexual identity was obvious. In that way one was created and designed. It also determined the direction of development. To become who you are: male or female. I know: for some it was a difficult struggle. Nothing other than understanding for that. But changing the disorientation into standard, what is promoted nowadays, is cruel. Saddling boys and girls from an early age with identity questions, is asking for an identity crisis.

Our society may presume to be ‘enlightened’ with propagating the LGBT thinking, but one is lost in the darkness. Without a Creator, with the sad result that people do not know anymore who they are themselves. That does not make happy… despite all joyful (gay) rainbow colours. 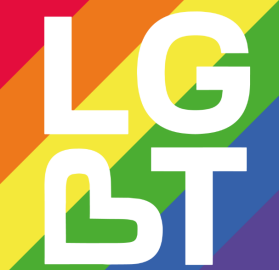