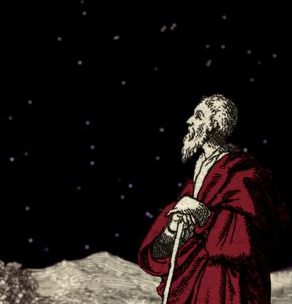 Abraham was righteous, because he believed God’s word (Gen.15:6). In the teaching of the Apostle Paul, this known fact is the classical example of justification by faith (Rom.4:3; Gal.3:6). But do you know what that means? What did Abraham believe? When we turn to Genesis 15, we see an elderly, childless Abram (15:1) was led out into the night and was shown the starry sky above him (15:5). Just as countless in number will be your descendants, he was assured. And after this promise we read the well-known words:

And Abram believes in YAHWEH Elohim, and reckoning it is He to him for righteousness.

Of Abraham nothing was asked. He was informed of something. Even if Abraham would not have believed God, that would not change the information. Abram believed an unconditional message. A word freely (gratuitously) given him. And that faith was counted to him for righteousness. Hence, Paul concludes:

Yet to him who is NOT working, yet is believing on Him WHO IS JUSTIFYING THE IRREVERENT, his faith is reckoned for righteousness. -Romans 4:5-

Not faith, in general, God reckons for righteousness, as if believing is a kind of performance that God rewards with justification. Then, faith (through the backdoor) would still be a “work” deserving payment. But the point is that the faith that God counts for righteousness, is faith in His unconditional promise. This excludes all (self-) glory (Rom.4:2) and makes it that GOD receives all the glory (Rom.4:20-22). Lo and behold the Evangel: gratuitous (free) justification! And therefore, too, justification of all! This ironclad logic is inescapable according to Paul, as he stated earlier:

23 for ALL sinned and are wanting of the glory of God. 24 Being JUSTIFIED GRATUITOUSLY in His grace, through the deliverance which is in Christ Jesus -Romans 3-

And no less clearly in Chapter 5:

Through this joyful tiding, we can establish our faith on Him “Who justifies the irreverent”.