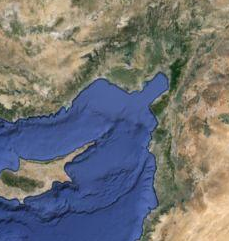 What was Paul’s attitude towards the decisions which had been taken at the meeting of Acts 15? Some have drawn the conclusion from Paul’s letters that he was not in support of the decisions of Acts 15. However, did not Paul write that all that is for sale in the meat market, may be eaten without making a conscientious inquiry (1Cor.10:25, see also: Rom.14:14; 1Tim.4:4)? Consequently, even meat that was sacrificed to idols or meat that may contain blood was allowed to be eaten. Sometimes, it is said that “the decisions” (Gr. dogmas) are inactivated, according to Ephesians 2:15 and Colossians 2:14. The word Paul used there, is the same Greek word is used in Acts 16:4. In other words, Paul, in his letters, would have distant himself from the decisions of Acts 15. A few observations Paul was an active participant of the meeting which had come to a unanimous decision (Acts 15:25). Then, Paul (along with others) was delegated to deliver these decisions to the believers in Antioch, Syria and Cilicia (15:22,23). This he did (Acts 16:4). Would he have done this to please men? Do we know Paul to be, as such? (Gal.1:10)? Was he not completely averse to any compromise, when it came to the truth of the Evangel and the freedom in Christ (Gal.2:4.5)? The eating of meat that was sacrificed to idols, was for Paul, in itself, no issue, at all. The earth is the Lord’s, so was his reasoning and everything a believer consumes with thanksgiving is sanctified (1Cor.10:26-30). Is that in conflict with the decisions of Acts 15? No, because the decisions were about ceremonial obligations for believers from out of the nations. On the one hand, they do not need to keep the ceremonies of the law of Moses and on the other hand, they should abstain from idolatrous ceremonies. Acts 15:29 speaks of:

to be abstaining from idol sacrifices, and blood, and what is strangled and prostitution…

It’s not about abstaining from meat sacrificed to idols (as some translations suggest), but about abstaining from things sacrificed to idols, as such, i.e., of the ceremony or the ritual of that sacrifice. Also abstaining from blood, from things strangled and from prostitution, which are connected with this. It is all about abstaining from idol-ceremonies including the associated atrocities (blood consumption and prostitution). Abstaining from such ceremonies is entirely in line with what Paul writes in the Corinthian letter. For him, too, it is unthinkable that a believer would take part “at the table of demons” (1Cor.10:21), i.e., at a ceremony that is dedicated to idols and anything else that is connected with it. That Paul, in Ephesians 2:15 and in Colossians 2:14, was referring to the decisions (dogmas) mentioned in Acts 15 and 16:4, is in my opinion excluded. In Ephesians 2 and Colossians 2, Paul spoke of decisions (dogmas) that were nullified, when Christ died on the cross. How can that relate to decisions that were taken after the cross? Moreover, were the decisions of Acts 15 not unanimously agreed upon by the meeting of the apostles, with the approval of the holy Spirit (15:28)? What then, are the decisions referred to in Ephesians 2:15 and Colossians 2:14, all about? The answer we can read in Ephesians 2:15: “the law of precepts in decrees”. The decisions (decrees) were referring to the many rules and regulations that the Jewish tradition had added to the commandments of the law of Moses. Elsewhere they are called “the tradition of the elders” (Mat.15:2). All that has been declared invalid and does not play any role in the body of Christ, the ecclesia. In short, Paul stood fully behind the decisions of Acts 15. He was involved in the creation of them, and he has delivered these decisions in the cities of Syria and Cilicia. The statements in his letters are entirely in line with that, provided we recognize that the decisions of Acts 15 relate to participation in idolatrous ceremonies. —————————— Previous parts: